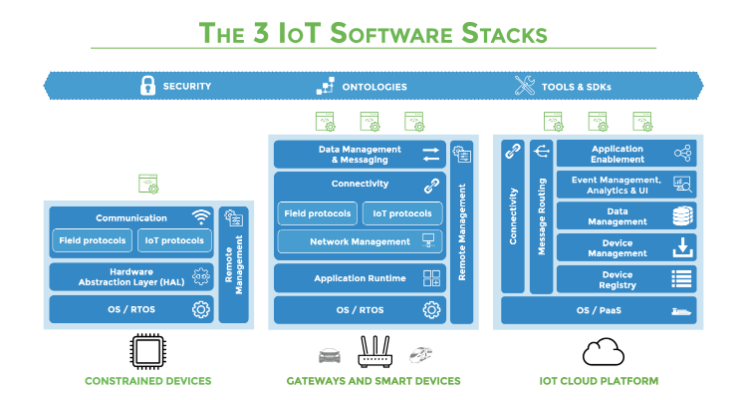 A typical IoT solution is characterized by many devices (i.e. things) that may use some form of gateway to communicate through a network to an enterprise back-end server that is running an IoT platform that helps integrate the IoT information into the existing enterprise. The roles of the devices, gateways, and cloud platform are well defined, and each of them provides specific features and functionality required by any robust IoT solution.

The “Thing” in the IoT is the starting point for an IoT solution. It is typically the originator of the data, and it interacts with the physical world. Things are often very constrained in terms of size or power supply; therefore, they are often programmed using microcontrollers (MCU) that have very limited capabilities. The microcontrollers powering IoT devices are specialized for a specific task and are designed for mass production and low cost.

The software running on MCU-based devices aims at supporting specific tasks. The key features of the software stack running on a device may include 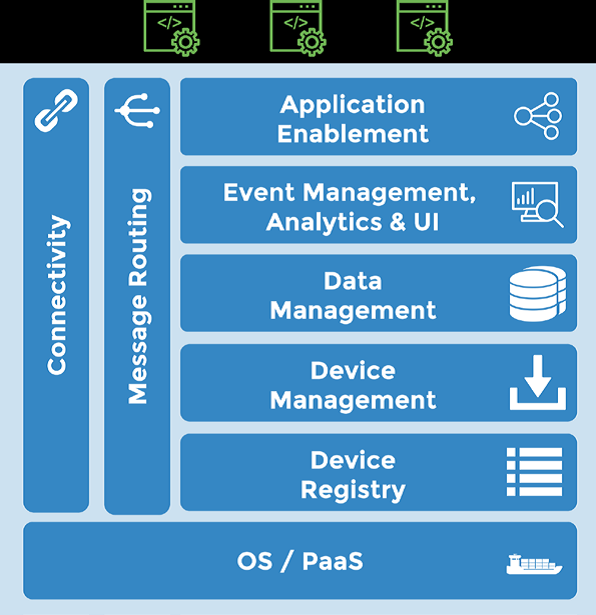 The IoT gateway acts as the aggregation point for a group of sensors and actuators to coordinate the connectivity of these devices to each other and to an external network. An IoT gateway can be a physical piece of hardware or functionality that is incorporated into a larger “Thing” that is connected to the network. For example, an industrial machine might act like a gateway, and so might a connected automobile or a home automation appliance.

An IoT gateway will often offer processing of the data at the ‘edge’ and storage capabilities to deal with network latency and reliability.

IoT gateways are becoming increasingly dependent on software to implement the core functionality. The key features of a gateway software stack include: 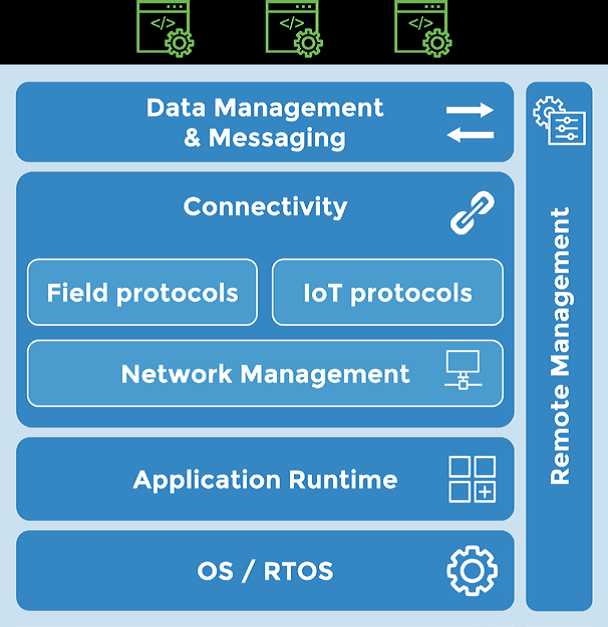 IoT Gateway satck can be combined with NB-IoT or CAT-M or LoRA wireless access-point to create an IoT-network solution.

The core features of an IoT Cloud Platform include

Across the different stacks of an IoT solution are a number of features that need to be considered for any IoT architecture, including:

There are some common characteristics that each IoT stack should embrace, including

IoT Solution is an integration and system development project using COTS HW as much as possible and different IoT software pieces to create a vertical end-to-end solution for deployment or trial.